In the small medieval kingdom wars are fought, poverty, chaos and moral apathy reign. The old King is deceived by his subjects who are comfortable with this state of affairs. Only the young Knight rebels. There is a legend that the fall of the kingdom began after the golden-stringed harp was stolen and throwed into the sea.

The Knight sets out in search of the lost treasure, the sound of which gives people a sense of harmony and happiness. The full of dangers, self-imposed mission turns into a journey into oneself during which he encounters Good, Evil, Greed, Reason and Grace. He doesn’t find a miraculous instrument, yet, thanks to the effort, hears its music within himself.

„A haunting, austere parable directed with assurance by Lech Majewski, who has a flair for starkly poetic compositions… His film retains its spare, arresting visual style throughout.”
Janet Maslin, The NewYork Times

“The Knight is a passionate debate about whether spiritual knowledge is found by seclusion or through communion with the world, through good works or inner reform, through denial or sensuality.”
Philip Kennicott, The Washington Post

“Sumptuous imagery! In this first feature, Majewski demonstrates what will become a trademark affinity for startling composition and sumptuous imagery. Court ceremonies, the gestures of courtly love and the perils of an open-ended journey into the unknown are all rendered to stunning effect.”
Barbara Scharres, Chicago Art Institute

“Visceral, nearly feverish merging of sound and image… Rich in mysticism‘The Knight’ is a welcome return to the medievalism of Fellini, and Kurosawa, when questions of belief, religion, and human nature were constantly asked.”
Jason Sanders, Berkeley Art Museum 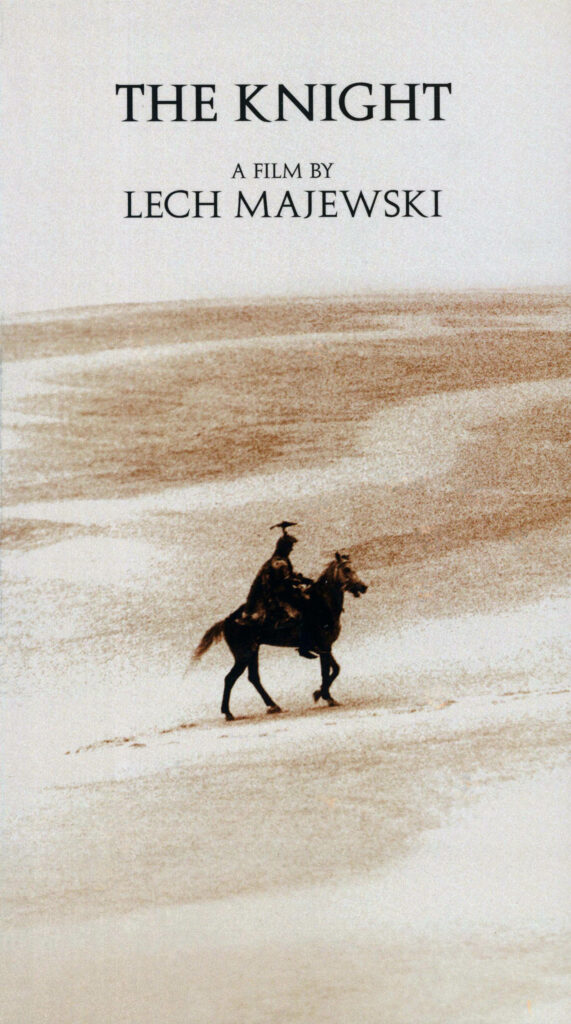