Gospel according to Harry

Majewski’s maverick allegory takes place when the Pacific has dried up and California has become a desert. A couple try to make the best of it but life is hard on them; even sex hurts. The only person who enjoys himself is Harry, the tax collector.

Combining the theatrical surrealism of Samuel Beckett and Eugene Ionesco, the pop-art playfulness of Richard Lester, scathing social critique, genuine pathos and the complex imagery for which writer-director Lech Majewski is renowned, Gospel According to Harry is a cinematic tour de force.

Years before the Lord of the Rings trilogy catapulted him to international superstardom, Viggo Mortensen (Eastern Promises, Green Book) plays Wes, a young husband locked in co-dependent discontent with his beautiful and needy wife Karen (Jennifer Rubin – The Doors). Their future prospects as barren as the sun-bleached dunes that are the surreal setting for their one room existence, Wes and Karen go through the dehumanizing motions of a modern life in which happiness is as ephemeral and elusive as the grains of sand beneath their feet.

“This highly visual, beautifully shot film functions as a metaphor of modern discontent… – writes Piers Handling of Toronto International Film Festiwal. – Majewski exposes a malaise that invests today’s world boldly juxtaposing domestic strife against a vast allegorical canvas that embraces the political and the religious… Gospel according to Harry is a striking film, where the director’s maverick vision creates a metaphor for our times against a barren landscape.” 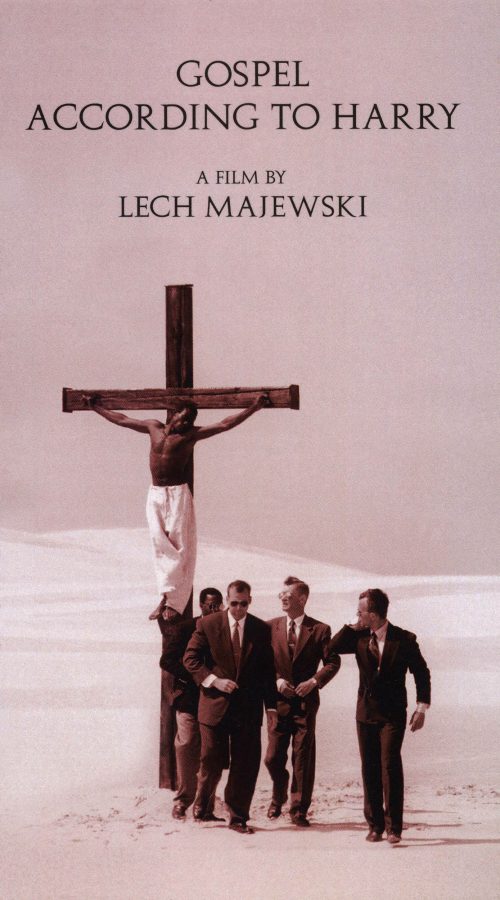